Well, Jerry called us back. Remember him? He was the homeowner that didn’t want to hear his wife say “I told you so” about leaving his puppy to run around free. The little rascal did it again! So we headed out to yet another Carrolton pet damaged carpet. I guess he didn’t appreciate the fact that we didn’t like his handiwork so he started a new project on Jerry’s carpet. No worries. Jerry called and we came out and fixed it again. We love happy customers! Jerry tells me that in between visits they went ahead and….um…..”fixed” the little guy if you know what I mean. Maybe that’ll calm him down.

You can see his original artwork here. 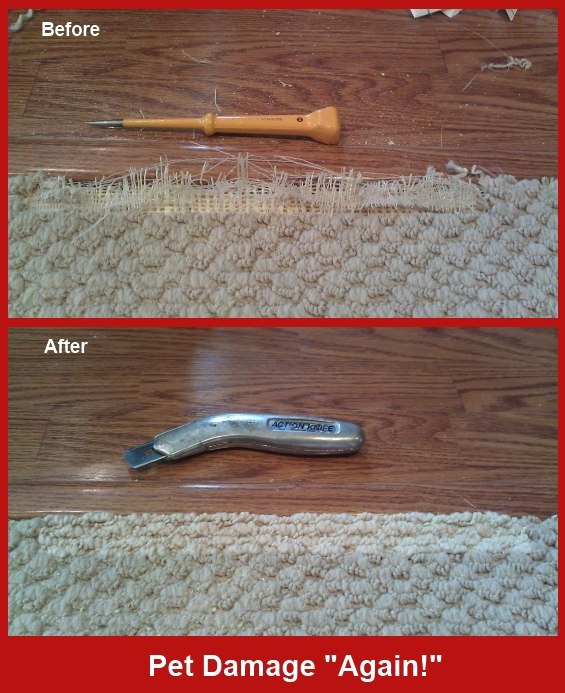