We received an emergency call today for some North Dallas pet damaged carpet. It was Jerry and he & his wife have a new puppy. When she left town for business she made sure to explain to her husband that the puppy needs to be kept in his kennel or he would cause problems with his chewing. Jerry thought otherwise. So, when the little rascal had an opportunity he took to the Berber carpet and caused some nasty pulls. Jerry called and said that it had to be fixed before the wife returned so he didn’t have to listen to  “I told you so”. We rushed out and did the work to repair his patterned Berber and after it was done Jerry realized for the first time just how much his carpet had aged. You can see it by the coloration difference. Call DCR for all of your carpet repair needs. 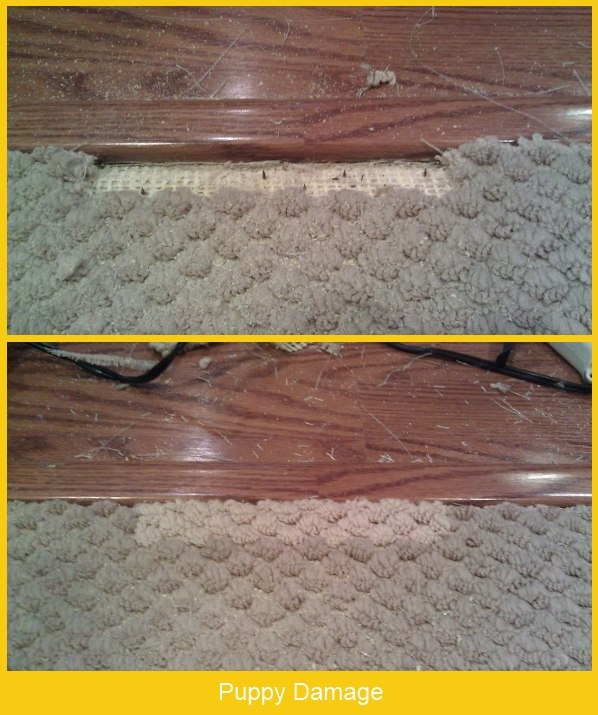